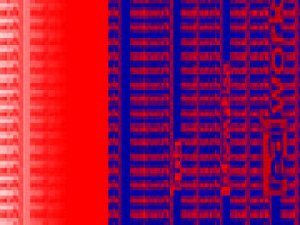 TM is a generative work exploring the sound of the modern business environment through the telephone as a conduit of business. The telephone acts as a medium through which the outer world is heard, a Plato’s grotto of the work reality. It also acts as a microphone, and as work itself, as is the case of teleworking. With the recent years’ increase in information technology, more people are working from home, often making the phone their only relationship with work environments. Background noise on the other side of the line is what they conceive as the outer world’s office sound. Similarly, mobile phones produce network signals that accidentally or forcibly are part of the conversations amongst people who use them as their primary means of interaction. Communication streams correlate remote business sites, creating a parallel-working environment. The subtle sounds of computer noise, magnetic fields, paper shuffling. The extreme noise of heavy duty machinery in plants and building sites: do they make up a by-product which is to be owned, and by whom? Or are they simply audio debris left over by the work itself, the audio-leakage of industry? Is it sound pollution or something aesthetically and commercially valuable? „A souffle, which is a low-volume noise (…) is diagnosed here as „a leakage between two channels.“ There was an article in Scientific American by an expert on modern communications. He practically invented computers. A signal between the transmitter and the receiver goes through a channel and noise is added, he wrote. A matter of signals. Conversation between intimates: a leakage between two channels.“ (J. L. Godard, from „J. L. Godard: interviews“, published by D. Sterritt, Mississippi University Press 1998).

TM leaks into the signal of Self

TM raises the issue of ownership and boundaries, of copyright of sound in the work environment. TM looks into the silences between communication streams: a non-time of waiting on the phone or data downloading. This builds up to a non-avoidable amount of idleness, that can be seen as inefficiency, but serves also as a key function of safety-valve, humanising the worker. Identity is exchanged and sold, lines carry personal history and audio dregs alike. But are Personality and Privacy allowed a part in a time where personal information can be forged, twisted and codified? Communication gaps are a metaphor for times of unemployment as limbo situations, similar to that of being put on hold: twilight zones where the individual is cut off from participation to society.

TM makes use of a generative engine to rearrange the leakage of channels through the telephone, a long-distance receptor into work environments. Recordings of the artists’ work life feature in TM, as does the sound of the creation process itself. Audio is continuously transformed to identify the regained/wasted time with the aesthetics of free space.