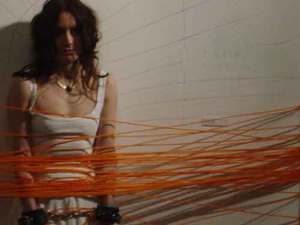 CURFEW was a self-restraint act/installation in which artist Emilia Telese was prevented from making art by being tied to a pillar for three hours at Phoenix Gallery, Brighton, on Saturday 13th May 2006.

Three hundred metres of Guantanamo-prisoner orange coloured rope and handcuffs prevented the artist from taking part in City Running, an exhibition taking place during the Brighton Festival fringe at the Phoenix Galleries at Waterloo Place, Brighton.

Inspired by her mother’s 11pm curfew until the age of 19, and by the social constraints to which many people who make art are forced to accept, Emilia spent the entire time of the ” City run” being slowly tied up and prevented from making art. A further element of discomfort was given by the possibility for the public to draw and write near her with chalk, to which she is allergic.

The act will become an installation running throughout the duration of the City Run Exhibition. 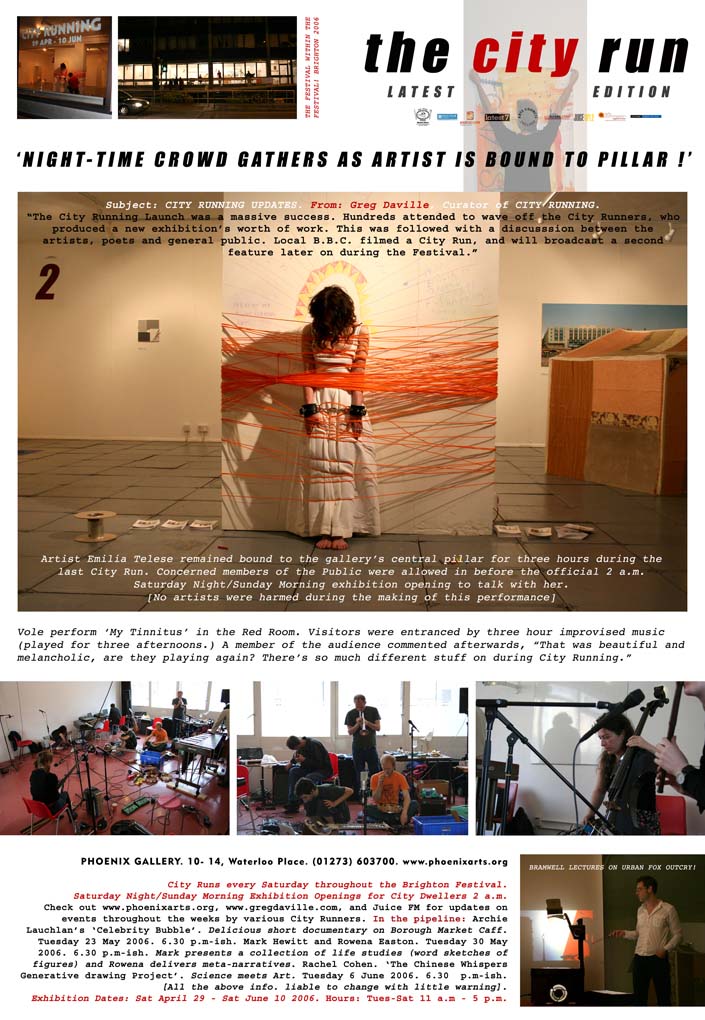 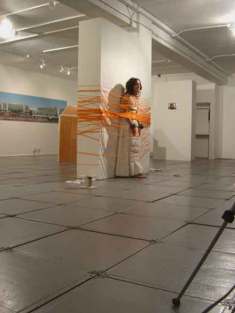